The picture of a phone fail

The no1 criterion of a phone is that it works for the whole day. At least as far as I care. So here is the picture of how the HTC One X failed, on that basis. The x-axis runs the length of a day. I used the phone to watch tv and listen to radio. By 1pm the battery was in dire straits.

That's bullshit. I never had this with the iPhone. I won't be held to ransom by a bunch of people who traded "flash" for functionality. My productivity was nobbled from lunchtime.

I don't think the HTC One X is a serious  phone. 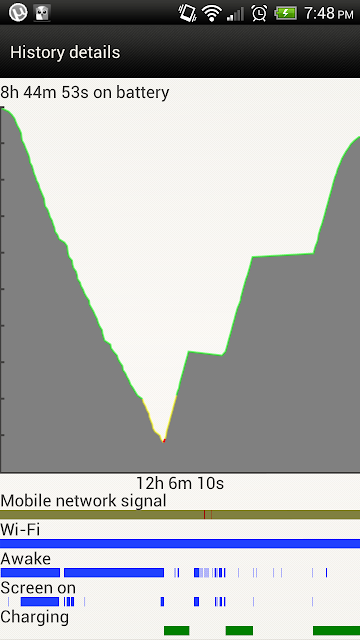