Stupid hurts. It's not personal.

I like to think that there are consequences for ones actions. I suppose it has something to do with what I hope is my internal locus of control.

If I get caught in a car park for 2 hours at 5 p.m. on boxing day it's my stupid fault for going to the office when the sales are on. If I have a family member who won't speak to me for years then perhaps I had a part to play in that and I just have to live with it. If I go for a skydive and injure myself then perhaps I shouldn't be doing certain things.

Stupid hurts.
It's my dream that other people also take responsibility for their own situation. So some time ago I wore my "stupid hurts" t-shirt into a large room full of people. I've previously noted how I seem to be a form of live rorschach blot.

My little troll really pulled out the insecurities of a few. I've never agreed with the people who say there is no such thing as a stupid question only stupid mistakes. Both exist.

If you are standing in front of a glass door fridge full of beer and you ask me "where is the beer?" then that qualifies as a stupid question. It's not personal but it does wear on me when people ask me to solve problems that don't exist. Where the slightest mental effort on a persons part means that they don't need to ask me to help.

I have had both compliments and complaints over my "stupid hurts" stance. I am mostly around universities and skydiving.

Where would you guess I received the most complaints?

UPDATE: Two days ago a friend dislocated a knee. This is where the theory and the practical don't always line up. Now I hate being the guy who once said "stupid hurts". But my friend is a star. She'll be fine.

Here is a beautiful sunrise. 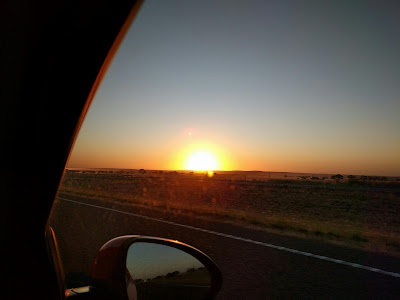