Inconsiderate as a smoker

There's a certain lack of respect that just seems to travel with being a smoker. That's not to say that if you smoke you are a pig, but I do find some of the most inconsiderate behaviours are related to smoking. Sure, there is the simple fouling of everybody's air for a 5 m radius (and that is at least the radius) but there's also this flagrant littering that goes on. 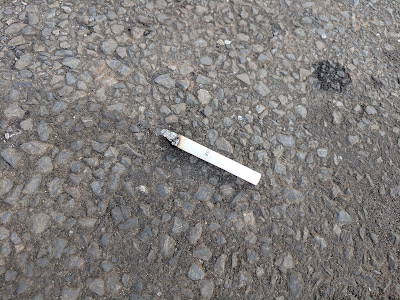 Somebody once told me that a single cigarette can kill all of the earthworms within a square metre of where it gets thrown down although that sounds a little overstated. But for f***** sake it is litter.

Cigarette butts are not biodegradable and they won't just compost down. I feel sorry for the smokers who really do think of other people and the general environment, because there seems to be a lot of pigs out there as well.
Posted by Cullen Habel at 9:44 AM