Why bad people leave a place with good references 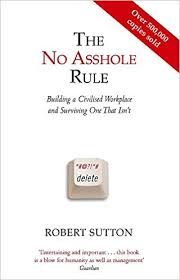 To me, it's no great mystery. I have watched workplaces for 35 years and I have come to understand the mechanism whereby some of the very worst people end up getting glowing reports from previous employers. Here are my thoughts:


Except "the record" doesn't even begin to tell the story. Still, by that time the malignant narcissist is somebody else's problem.