Looking like an adult: You'll know it when you see it. 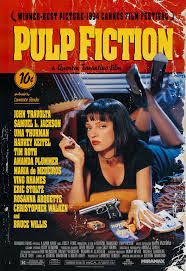 Recently, a professor from Cambridge University was questioning the age at which somebody can be considered an adult. Legally, in Australia, that age is 18. In other countries it's 21 and the professor was considering that people would not be an adult until they were in their mid thirties.

I have an alternative view. I think you begin to look more like an adult when you cease to reply to other people's comments with a pithy "Yeh I was three years old at that time".

Imagine I am talking to my 27 year old friend about movies. We cover the Harry Potter series and we talk about the Hunger Games and Twilight, and then I mention that one of my favourite ever movies was Pulp Fiction from 1995.

"Yeh, I was three years old at the time".

Sure, and this conversation is over. It's not a big deal, but I just mistakenly thought that I was talking to an adult. I'll leave you to your little friends, and seek out some more stimulating conversation.

You start to look more like an adult when you begin to see the world from some perspective other than your own bubble.
Posted by Cullen Habel at 9:34 AM