Open Day at the Uni 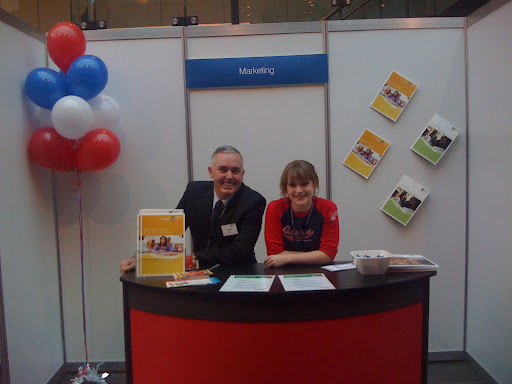 Posted from Blogium for iPhone
Posted by Cullen Habel at 11:30 AM No comments:

Esperanto - a noble aim worth pursuing

I think I will learn the language - be true to my beliefs. Esperanto was mooted about 100 years ago as the universal language. It's nothing in particular - a little bit Spanish I think and two other languages. and it's not dead.

I had though Esperanto was over, but it turned a hundred - or something - a few weeks ago and a guy came on the radio. He described the language as an idea waiting wot the world to come to its senses. What a lovely thought.

I've met many people from many countries who support the idea of a universal language and they all have one thing in common. They all believe the universal language should be the one they happen to know. Italian, English - of course - French and Latin have come and gone, and the Chinese expect they'll be next. And they probably will be. Almost none of them has heard of esperanto. So if I choose to make a political statement it might as well be to learn the true universal language - the language of peace.

Now that's a dream I can believe in. It's as fanciful as world peace/no war but it has an element of reality. And it's something I can do.

Posted from Blogium for iPhone

I personally love the moments in a shopping centre when everything is still not open yet. It almost feels like you've won. Here's two view of the second floor at Sim Lim Square: 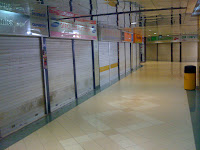 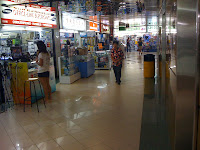 Posted by Cullen Habel at 2:09 PM No comments: