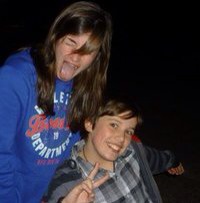 My boy just got a concerned note over this photo - which is currently using as his facebook profile. True - that photo will be out in the sphere forever - and true, it does look a little rude. Especially if one is given to thinking that way.
So my boy has that one out there, forever.
But he also has a whole heap of other stuff out there, too. Below is one I particularly like. 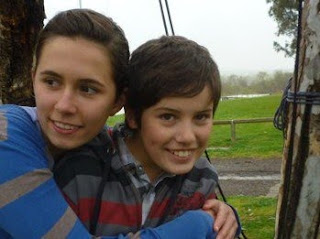 I had an MBA student researching social media last year and he was very clear on this - a sterile Google search is way more disconcerting than one with a few warts in it. So my boy has one out there that looks a little odd; I've got one with the "starkers crest" nude skydiving award in it. Would I rather they weren't there? Probably. But if I was googling someone and nothing quirky came up I'd be more spooked.

The "blue tongue" is a girl of about 13 years old. And very innocent, but odd. Truly though, if this is the worst skeleton my boy has in his social media closet, I'll call that a win.

Yes the Internet and the world is a dangerous place, but an important dimension of freedom is freedom from fear. And we often confuse consequences with probability.


Posted from Blogium for iPhone
Posted by Cullen Habel at 5:34 PM