Leaving for my beloved Singapore

Off today to the land of fantastic students and staff at the Ngee Ann - Adelaide Education Centre, in the land of great food and Little India: 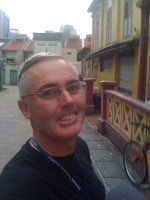 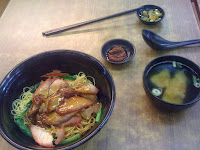 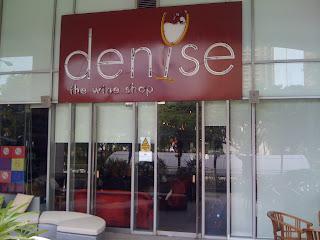 And the Asia Pacific Wine Hub: 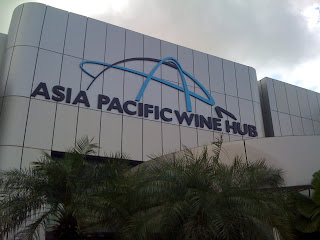 I truly look forward to my class of 32 MBA students over the weekend, plus an Alumni function on the Sarturday night.
Posted by Cullen Habel at 10:06 AM No comments:

Sales guys: "You NEED me on that wall.."

"I have neither the time nor the inclination to explain myself to a man who rises and sleeps under the blanket of the very freedom that I provide and then questions the manner in which I provide it. I would rather you just said 'thankyou' and went on your way. Either way, I don't give a damn about what you think you're entitled to" (1.10)

Well, Jack, that was fairly intemperate. But sales guys sometimes "feel" you.

I feel that salespeople are  important people in many companies. They make things happen. They are often held in contempt by credit managers, marketing staff and production managers. Oh, and also logistics managers, despatch staff and quite often office staff. They look lazy, they look like they lie, they look like they break the rules (or at least bend them).

They generally get paid well - fostering further resentment - and because they're at the sharp end they often need to do what's required to get a result. As Colonel Jessop said: 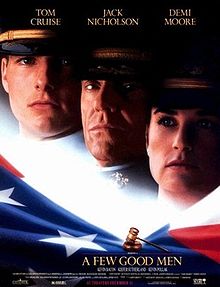 So yes, a salesperson needs to be managed strongly. But understand the type. They are facing bullets every day. Million dollar threats, issued casually before lunchtime. Having the courage to shout back at a customer and still going out for a beer afterwards.

Which brings me to my post traumatic stress situation. For a couple of days each year I need to strike a half a dozen little deals for my market research course. It's always easier than I expect and the people are always way nicer. We have a great product, extremely well priced and we've generally had great success - the customers are happy. But the (pre 2001) fifteen years of abuse  - dealt and received - leave a mark. As my Uncle Malcolm said: "Sales is a young [man's] game".

Yep - cos eventually it make you old.
Posted by Cullen Habel at 11:27 AM No comments:

We DROVE the prices and the quality down

In a recent discussion over the Harvey Norman issue I'd received an alternative point of view.

Gerry Harvey has done himself unspeakable damage with his push to even the scales by getting GST charged on online purchases. I was ask to "think of the small retailers" because we all need local support.

Whilst a bit of a tangent, it's worth pursuing.

Think of the small retailers trying to eke out a living, being hit by category killers like HN and in the US Wal-Mart. Economies of scale on staffing, buying power, direct purchasing are all on the side of the big guys. I agree - being a small retailer is hard way to earn a living and I can't see how it's going to get any easier. I agree, the GST imbalance is unfair and hits the small retailers particularly badly.

But I often think of this, and have done since I was selling plastic into the smallgoods industry. I'd often hear it, "you can't get Frankfurts and Saveloys like you once could - even the bacon is generally crap". Can I ask you - who drove the quality down? It was us, the consumer. We want to buy at the lowest price.


In study after study in consumer choice, price tends to trump all other product attributes with some exceptions in wine - where the elusive "positive price elasticity" sometimes occurs. We want to buy a 1kg pack of bacon for $7.99. In South Australia there's a processed meat called "Fritz", basically luncheon meat or Devon. The pre-packaged stuff that flew out the supermarket door got driven down in price until it was $1.99 a stick. 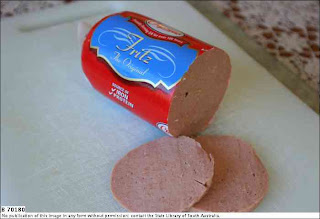 That's two bucks for what is meant to be a kg of meat. To cut it, it looked more like bread because it was filled out with all sorts of soy protein and cereal binder. But it's what we wanted. Fine, on a sandwich with margarine and plenty of sauce it was great, but it falls a long way from the $8.00/kg German Sausage that it was inspired by.


Let's get back to "think of the retailers". I could do that, in my shopping today I could have chosen to:

But there's a reason I don't. I'm a co-manager of an economic unit, the Habel family. I have a responsibility to keep as much money in that unit as possible.


As a group WE are to blame for the plight of the small retailer. A friend of mine who buys OxFam fair trade chocolate can buy EXACTLY the same thing (same BRAND) in a supermarket for $3.00 but buys it in the Oxfam shop - occassionally - for $9.00. He often thinks "why don't you charge me $3.00 for the chocolate and a receipt for a tax deductible $6.00 donation".


I agree it's important to take care of those who have a tougher time than us but ffs we still need to get the best economic deal for ourselves and our families. We shouldn't get those two things mixed up. The driving down of the price of goods - often to our detriment - indicates we don't mistake economics for charity.
Posted by Cullen Habel at 5:47 PM No comments:

Gerry, how was it ever going to work?

This morning Gerry Harvey recanted from his lobbying of the government to balance the playing field between online and traditional retailers.

Gerry, I get it. It's not fair. How DARE they? An online retailer already has the advantage of no (real) rent to pay, way less staff, no unions, tiny if any advertising budgets. How dare they also benefit from a loophole that means they generally don't have to charge GST. That's like a 10% discount. It's just not fair.

It's almost as if online retail is a completely new business isn't it? Like when people stopped buying CDs and started - even legally - downloading. Like when the cinema or the drive-in ceased to be the only way to see a movie?

But Gerry you always seemed to understand your customers. Did you not think that lobbying the government - publicly to increase tax on (even a tiny) part of the consumer base would make you look like one of the bad guys, undoing over 20 years of your personal image building.

Whenever things are going a little rocky for me, I try to check my own backyard first. Have the bricks and mortar retailers done that adequately? Cinemas, in particular, managed to survive by focusing on new releases and the experience of a night out.

I know it's not fair, the GST thing. Many things are unfair. I'm sure the Australian manufacturers of electrical goods felt it wasn't fair when low offshore labour costs crippled their businesses but it DID provide opportunities for category killers like - well - Harvey Norman.

There are a number of bricks and mortar retailers who have thought of online 'no that's not out business' and that's a fair call. Its different. Picking, packing, shipping, support, claims. All different and a little more complex. But if HN or DJs choose NOT to be in that space then they have to accept the consequences of that decision. Yep, it's logical that GST should be paid on online purchases and the current situation is unfair. But it's not a state secret and these retailers decided not to be in that space at least five years ago. Remember no decision is still a decision.

Gerry and his people just made a fatal PR move in demanding the government charge more tax. I think Gerry just called it suicidal. I like his shop, I think I'll go there today.


Posted from Blogium for iPhone
Posted by Cullen Habel at 8:15 AM 1 comment:

Statistics trap for newies, and not so new

Beware when you see a 'clever' person say something like this:

It sounds clever, but they're getting it mixed up. It IS possible to have a huge percentage of people above or below an average. Think of incomes. Out of 100 people, if 99 of those earn $1 per week and one person earns $100, then those 99 people are ALL below average. High school maths.

So what is the way to use this insight? Forget average - statisticians call that the "mean" and it gets blown out by large imbalances in high and low observations. Use a different measure of central tendency - the median. Simple. It's the halfway point. So these days "median house price" gets quoted, that means that 50% of houses are dearer, and 50% of houses are cheaper than that particular price. First year stats.

I'm not stating this to be a smartass, but to help you with your bullshit detector. I've seen quite a few educated people sneeringly talk about '90% of (say) gen y kids think they're smarter than the average person'. Well those people are just showing they're not so clever after all.


Posted from Blogium for iPhone
Posted by Cullen Habel at 8:25 PM No comments: