This time last year the b principal of our school (also the footy coach) asked if I'd coach the older kids in a yea r 4/5 team.

So I did. And we had a season.  Itried to teach them what I think about footy:
Footy is all about being there for your mates.  The things to do:

Here's a photo.  On the day it just happened that the five boys hung around, but I'm very proud of
Daniella, Sophia, Charlotte, Paige and Zara too. 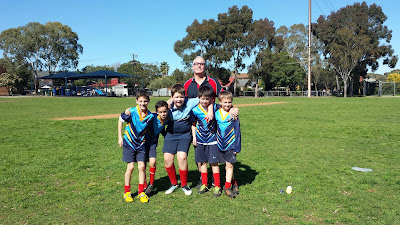 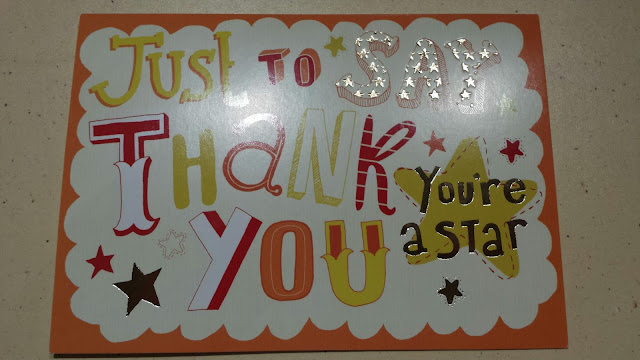 Posted by Cullen Habel at 10:11 PM No comments:

Every time I hear this, I laugh. The challenges of new product development.


- Posted using BlogPress from my iPad

Posted by Cullen Habel at 5:31 AM No comments:

I've spoken about how valuable the Wonka brand is. And Nestlé keps making the most of it. So the Habel family (minus the convalescing Sylvia) will be doing a tasting. At some point I'll talk about how that purple (strangely Cadbury like) appears to be a prototypical attribute of the category. 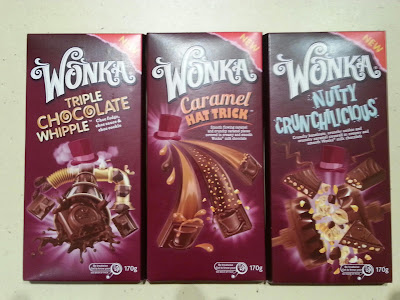 Posted by Cullen Habel at 9:00 PM No comments:

In the mid 70s I was lucky enough to feel the aftershocks of the JOK phenomenon. He'd played Sunbury in 1973 and mum and dad bought his greatest hits album. As a kid he seemed like an old guy who sung some good songs. Even then I was amazed by Mockingbird, a beautiful song where two vocalists showed complete mastery and teamwork.

And a great memory of my 1990s was when a brother and sister pair of friends (Greg and Trish Helbers) did it in a lounge room. Perfect to my memory. Ah, the days where I was a bar manager at the Norwood Footy Club.
So what was so good about him? Watch this live rendition of "Shout!". The telling thing is not him, but the sound of the audience. Loud.

For a taste of the irascible JOK spirit (with extra added brains), one just has to see his nephew on "Let's make a deal" any weeknight.

- Posted using BlogPress from my iPad

Without love I am nothing

We had this reading at our wedding 23 years ago and whenever I am faced with serious choices in life I find it useful to remember this - emphasis added by me.
Second Reading 2 of St Paul to the Corinthians 12:31- 13:8
If I have all the eloquence of men or of angels, but speak without love, I am simply a gong booming or a cymbal clashing. If I have the gift of prophecy, understanding all the mysteries there are, and knowing everything, and if I have faith in all its fullness, to move mountains, but without love, then I am nothing at all. If I give away all that I possess, piece by piece, and if I even let them take my body to burn it, but am without love, it will do me no good whatever.

I'm not much of a church person - I'm certainly not Catholic. But Jesus lived, and by all accounts he said this. And as hard as it may be to believe sometimes, I try to live it.
Posted by Cullen Habel at 1:20 PM No comments:

My personal and my professional life converge again.

Is this the future of media? Once upon a time businesses would harvest audiences. They would play a show on tv that people liked. People would watch it, and sometimes a company (like Coca Cola) might pay to interrupt the viewing of the show the people liked with a message of their own. Sometimes these messages were entertaining, sometimes not, and hopefully for Coke there would at sometime be a positive effect for them (sales, brand awareness, preference).

The good businesses would harvest many audiences, know a lot about them and sell the eyeballs of those audiences in 30 second bits. They made good money from this.

And then somebody thought "why don't I just get the audience myself?" I can make a video. And content marketing was born.

GoPro make micro camcorders. Red Bull makes energy drinks and sponsor cool guys like Jeb Corliss. Together they both made a high quality 11 minute documentary that gripped me the whole way.

I defy you to only watch the first minute.

The only way to fail is to give up. At that point you are making the choice to fail. If you haven't given up you are simply in the process of making it happen.

- Posted using BlogPress from my iPad

Posted by Cullen Habel at 11:30 AM No comments:

In South Australia the Govt has introduced a plastic bag ban with the aim of reducing the plain plastic going to landfill.

Here's how it goes. It's illegal for a retailer to supply thin plastic bags to their customers. They are allowed to supply heavier gauge "reusable" bags, whether at their own cost or by charging the customer for them.

The two majors (Coles and Woolies) played this by printing their bags as as advert and charging 15c each.

I have no doubt that this has reduced the amount of plastic going to landfill, by turning an "externality" in the consumer's life into a costed item. Good green results. I don't think it has worked exactly as they imagined - bin liner sales have increased and the "lifecycle" (see below) throwouts are more kgs of plastic. But as they say - reduce reuse recycle - would be positively effected here.

But here's where the "resentment" part comes in. The lifecycle of a supermarket bag takes it through to being a bin liner at the end - for many people. Previously that had happened for free for the consumer, albeit we had many leftovers that ended up as landfill. By chargingus for the bags - even if it's only breakeven - the supermarkets have cost shifted to us. I heard something about Woolies saving $300k per year in plain bags.

OK so the initiative came from government but the supermarkets were onto it like hair on a gorilla. Sure the annual cost is probably less than my nightly beer bill but every time I see a bag that I explicitly paid for hanging up with rubbish in it I feel a tinge of resentment. Do Coles and Woolies really want that?

And then I have a tinge of thanks to Foodland or Diamonds who don't charge. Aren't consumers irrational? 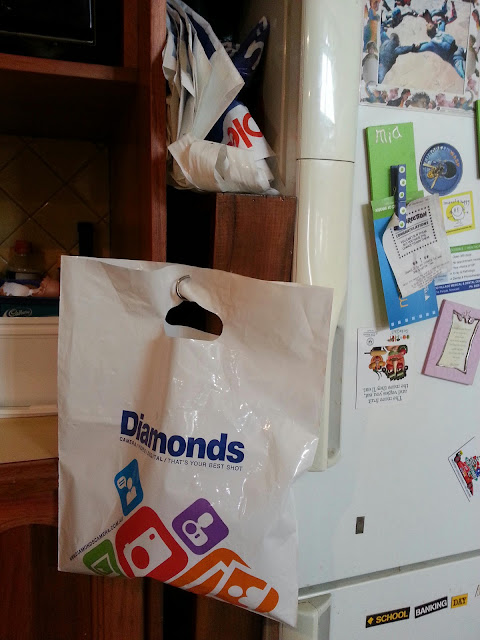 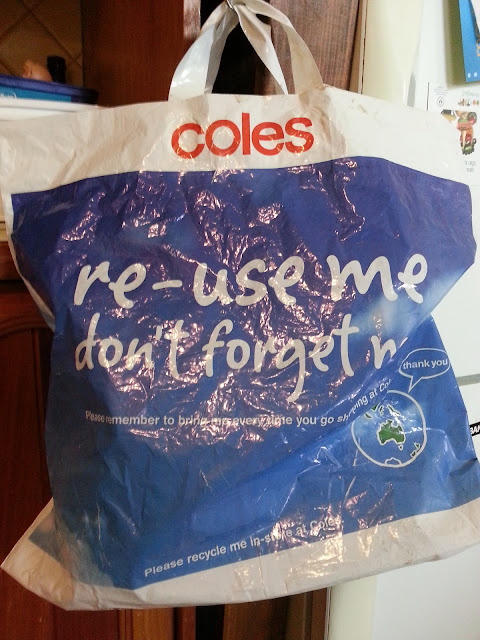 Posted by Cullen Habel at 9:50 AM No comments:


Back in 1989 when I was first introduced to thay old chestnut -the SWOT analysis - we were told to look for chances in the external environment that presented opportunities or threats.

An obvious demographic change was ageing Australia,  with a no brainer being the idea that personal mobility - gophers, scooters, golf carts etc - was an emerging need.

A thousand ideas.  And the prize goes to..

The one who gets off their backside and does something about it. Every choice carries risk but the thing we often forget - not pursuing an opportunity is also a choice. 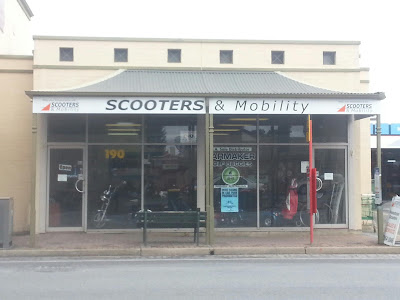 Posted by Cullen Habel at 12:38 PM No comments:

When marketers just say it and it's not quite true

The old trick of taking a category benefit and presenting it as a benefit of your brand. Prototypical attributes and all that.

But it rings a bit tinny when you take Afoura mandarins and refer to them as "easy peel". For sure, because they're a mandarin they're an easy peel citrus fruit but if I had a dozen varieties of mandarin on a table im not sure I'd rate Afoura highly. Perhaps I would.

But when I think of easy peel I think of the king - Imperial - and little else.

So perhaps these guys are just doing the other old marketing trick. Perhaps they're just saying they have a benefit because the waters are sufficiently muddy. Perhaps. 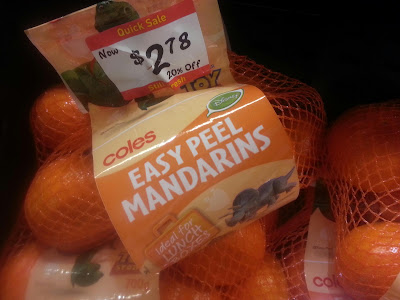 Posted by Cullen Habel at 10:12 AM No comments:

Supermarket self service: An unexpected upside

As an introvert, the unexpected upside of the self service at a supermarket is that I can - if I'm lucky - avoid people altogether. Especially first thing in the morning.

I think the bubbly, eternally helpful staff members might miss that point. Although I'm sure they get it brought to them quickly enough.

Yes, the screen has jammed and needs you to put your key in. That's the machine seeking interaction with you, not me.

It was on one such interaction this morning where I saw the unexpected upside of self service just as I had lost it - sweet solitude.

Posted by Cullen Habel at 9:22 AM No comments: 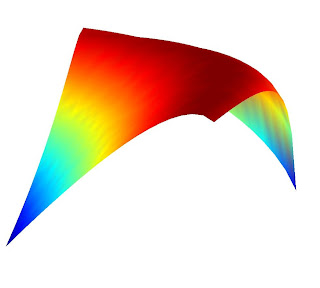 It's all a little passe for me now. In 2008 when I had just spat myself out of the PhD process having done a sophisticated number puzzle that had something to do with marketing, I was enamoured with the idea of "Marketing Science". Science is a good "eveything" world view, so Marketing Science is a little tautological. And these days, after 18 months of living off of whatever invoices I can raise, the "Independent" has become more of a monotonous reality rather than a boasting point.

I still like the logo (left) which is actually the likelihood function for estmiating the two parameters for the NBD off of a dataset (vector) of category purchase amount for 200 consumers. I almost remember what that means and iff pressed I suppose I could do it. My Matlab licence still lets me use the 2008 release.

But ASIC want some money from me, to reregister the name. And - in a panic - I just wondered today if a defunct business name would mean I couldn't use my ABN, but the ABN seems attached to me. So - goodbye "Independent Marketing Science".

Posted by Cullen Habel at 11:08 AM No comments: