In life as in skydiving, stepping clear of a mess can be important

My thoughts have turned to a recent pair of "Starcrest" skydives that a few friends made while I was bedridden in November. Starcrest is a fairly advanced endorsement, where you have to dock fifth or later to a ten way skydive. The skydives tend to be carnage. Four experienced skydivers form the base and people going for their rating then try to dock to it.

In the base you're a sitting duck, waiting for your friends to try to "get on" 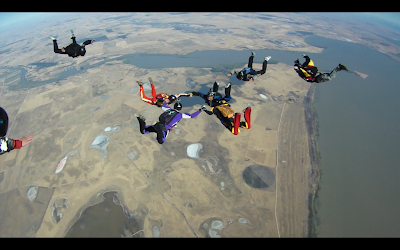 It's fun and you're all friends. But in the vid below, watch the guy in the red pants in the base. He's a national champion and knows how to fly safe. Watch how he holds it together, flies the base as long as he can but as soon as it goes to shit, he lets go while the whole thing goes down the funnel. The guy in the blue - in the base - didn't quite have the opportunity to escape the carnage.


Even more self sacrificing is this other one. Laura in her yellow rig, docks and then someone pulls her down from behind. 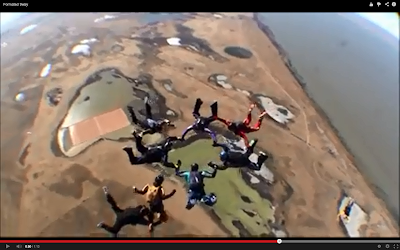 Laura lets go of the formation instantly so that she doesn't take everyone out. Laura is an experienced skydiver and a class act. I've watched her calmly flying alongside me as I try to wrestle a formation back onto its belly.

See all the fun of the Starcrest and Laura calmly letting go at 0.49 below.


So sometimes skydiving is just a distilled version of life. Hang on, try to hold it together for as long as you can but to fly safe be prepared to let go and rejoin the formation once it has got its shit together. Judging just when the formation is about to disintegrate and when there's nothing left for you to do - that's a skill.

And don't take other people out just because you're going down.

No skydivers were harmed in the making of these two videos.
Posted by Cullen Habel at 8:10 AM