Mum believed in a home. I'll wash the curtains.

I was 19 when mum and dad split. Mum and us three moved to Nana's garage. No matter how large it seemed when I was tiny, it was too small after we'd moved in. But Mum made it a home. I got out pretty quickly.

A year or so later mum rented a house in Laver Avenue, 2 mins walk from our childhood home. Coincidence? No. All four of us lived there for some time and eventually went our separate ways. But Mum had made it a home. I'd had my 21st birthday there and my sister her 18th, I think.

Mum moved to Onkaparinga Drive Salisbury and made this place a home too. First a home to herself and (I think) Kirrily, and then she made it a home to her mother when she was ready for it. Mum moved next door to the "tall brown house" and Nana got the single storey. Homes. Freedom. Self determination. The stuff I believe in.

On Nana's passing (love you) Mum moved back in here. Home again.

So mum died almost six months ago. I'm in furious agreement with my sister - this won't become a "dead lady's house" as much as it is one.

Mum, I promise you. This will remain a home until we sell it. Today, I'll wash the curtains. Yep, in another life (or another me) I would've been doing this stuff before you died. I suppose I can at least do it now. 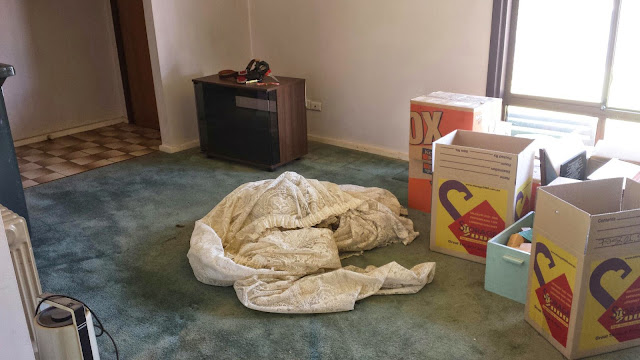