No big deal, but a network of ATMs is only useful when they're running. Now I suppose I go to one of the other ATMs in the mall and pay my $2. 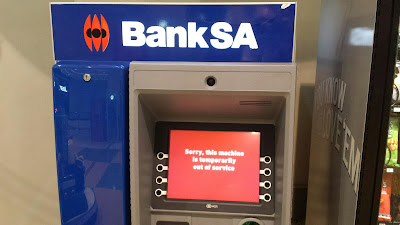 Or $2.50. Perhaps BankSA will get in touch with me and offer to carry the charge. 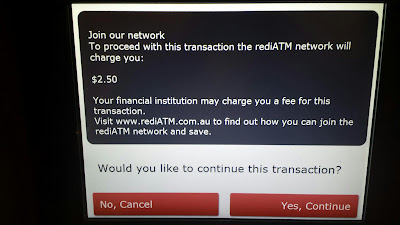 Posted by Cullen Habel at 10:08 AM No comments:

Ethics: To be pure in thoughts and actions

It's common sense to expect that anything you write on the internet in private may well become public one day. Just one odd click, a hack, one of your conversation members tagging in a third party.

Years ago I was a little emotionally bent out of shape. After my public moaning became untenable I began to write a private (available only to me) blog. I could conceivably have written the most horrible things about the person I felt had wronged me, but my self-check about "what if it was public?" caused me to hold back.

And eventually I came to think that if you can't stand by your words if they became public then should you be thinking those things at all? I managed to self teach that one.

The boys from Adelaide High School have had to learn the hard way. 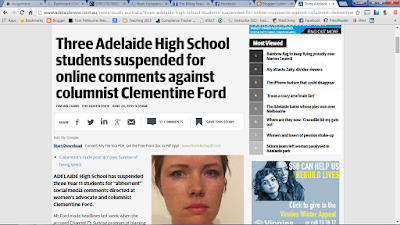 Posted by Cullen Habel at 10:54 AM No comments:

Julia Gillard says something I agree with

In the the final episode of "The Killing Season", no greater word of truth was spoken: 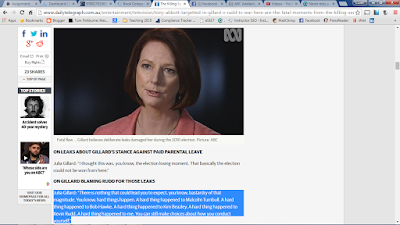 She deserved everything she got, but her reflection on Kevin Rudd is exactly right, as well.

Convenience. What is it?

When I run a marketing class we will often talk about a priloduct that really hits the spot with customers. A bank that's open longer, a company that sends razors to your door every month, apps companies (all two of them) that provide frictionless transactions.

Invariably I get the comment that "it's about convenience" which is right, but way less clever when you're reviewing a past success than building a future one.

So the clever businesses look at a blank slate, understand what a bunch of customers want and then deliver. And then we come along and say "it's all about convenience".

So I take my hat off to buddy Nicole who is gearing up for mobile beauty treatments, and brother Chad, who built the Game Truck.

Well done. It's infinitely harder to blaze the trail than it is to be a commentator. 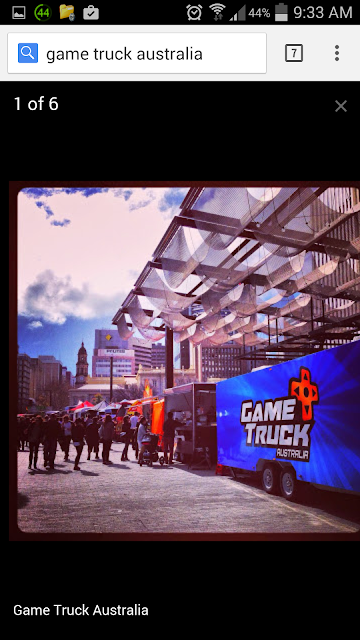 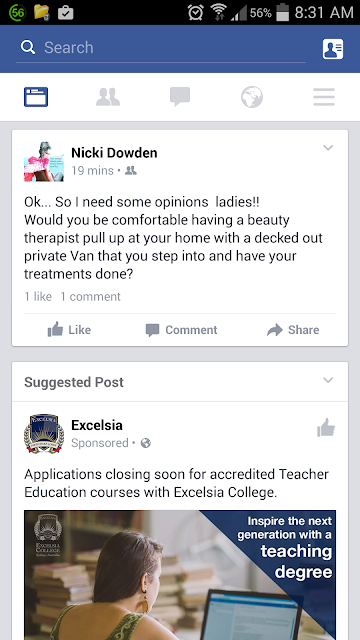 Love is about letting go but the price...

It's all cool until something goes horribly wrong.

I have often (arrogantly) stated that you never know fear until you become a parent. Especially the way I do it.

My mum used to call her method "healthy neglect" and I do the same. Perhaps it's a cop out for me still doing a lot of my own stuff, but mum could surely boast three kids who are successful in their own ways and can take care of themselves.

Mum never signed a contract to trade her life for ours. We never had a villain pointing a gun at us saying "which one?" - thank God. Mum never had to say "take me". She chose to live big. She burnt the candle at both ends and it finished her early.

There is no greater courage than allowing your loved ones to make their own way, with their success or failure totally their own responsibility.

But I see the scary possibilities. Just then Mrs Redway was found alive after two nights lost in the scrub. They argued about the way back and she and Mr Redway started walking in separate directions. He appeared to have been right. Cold comfort but she's safe now.

Sometimes when a loved one says "you're an idiot, I'm doing it my way" there is nothing to do. Except breathe, trust in them and pray.

From a user's point of view sometimes it doesn't matter. And I can tell you that Coles brand rinse aid does the job fine, for a third of the price of "Finish". 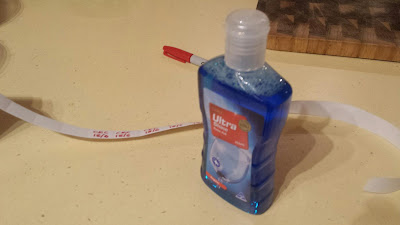 Posted by Cullen Habel at 7:49 PM No comments:

The economy: I feel a rumble of change

I've been through a bunch of economic recoveries. The first crash I had to deal with was the aftermath of the '87 stockmarket crash. I'd just made the ill fated decision to leave secure government/contractor employment with the Department of Defence and try my hand at being a sales rep. 1989/90 was 18 months of agony in an atrophying economy; a business owner who didn't understand what was happening to him and a sales manager who was happy enough to throw me under the bus. Where are you now, Neville Woodcock and Chris Levingston? Doing fine, I expect. 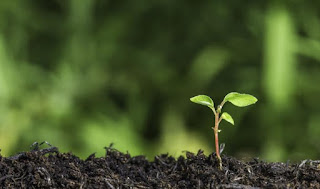 So I clawed myself out of that morass working as a bar manager for the great Norwood Football Club and then as a store manager for the not so great Betts and Betts. And as with all upheavals it seemed I was gonna be selling shoes for the rest of my life.

But it's always darkest - and coldest - before the dawn. About 1992 I moved back into some sort of a sales rep job and landed with the mighty Sealed Air/Cryovac in 1993.

I've been amongst a few economic resurgences since then and it always seems the same. Doom and gloom in the press and in politics, and then good people who've been doing it tough start to get nice jobs. They can't even believe it. More people start going out for dinner, or taking overseas trips.

I'm seeing it all. My great brother in law is working in a really neat job. My lovely sister is taking a trip to the UK next month.

These are the green shoots of recovery. Don't wait for the press to tell you that times are good, because the go-getters are already going in and getting. Get in and have a go now.

And if you feel trapped - don't give up. Keep earning an honest wage and trying for new stuff. You'll break that brick wall down more quickly than you imagine.
Posted by Cullen Habel at 7:45 AM 2 comments:

Seniors Parking: A "no cost" way to keep some customers happy

A shopping centre I stop at has this. Clearly they've worked out who their customers are and what will make them feel special. At no cost to themselves. 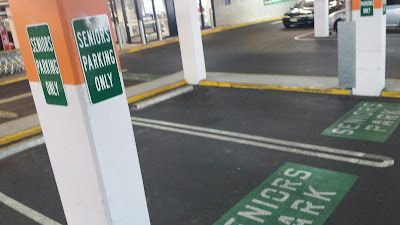 Back to some other stuff I love

After a wild three weeks I'm on deck all over again. I will meet sixteen great MBA students and we'll negotiate the mind expanding field of marketing management over three intensive weekends. Let's do this! 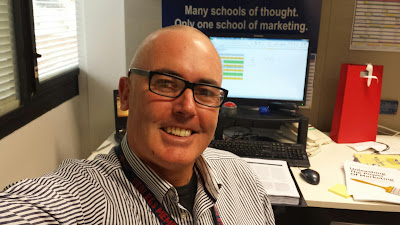 Posted by Cullen Habel at 8:26 AM No comments: