I don't feel any sympathy for Jamie Briggs who seems to have had a big night out in Hong Kong and - in a social part of the evening - behaved in a way that some of the people around him took offense to.

I know the culture of state and federal government; the minister is the all supreme boss. The minister is - in a way - appointed by the people and is the top of the tree in public service. It requires the minister to be almost antiseptic in their dealings - especially where personal interchanges in a social setting are concerned. For goodness sake you'll get away with swearing like a soldier in a work setting as long as you're treating your staff with respect - but step outside the office and it becomes murky.

I move in two main circles of life at the moment - universities and skydivers. I can assure you that I cannot take the "out of hours" culture from one of these domains and apply it to the other. I have enough danger of offending even when I'm being very guarded.

Jamie made a mistake. One he should have avoided. And it's part of the job to avoid offending other people. His resignation is appropriate. 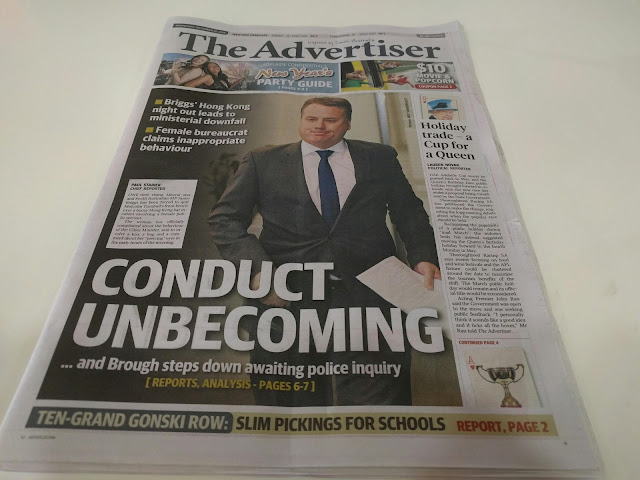