This just autoplayed after something I'd watched. Sure, it's there to sell someone's product, but it's still very good:


Posted by Cullen Habel at 8:51 AM No comments:

My best ever ANZAC day

A year ago for me it was sacrilege.

No dawn service, no march. I simply woke up at the Sydney skydivers drop zone and waited to start a training camp with my skydiving buddies.

How surprised was I before we began any of the skydiving activities every person stood fast and made a solemn declaration of respect for those who served. My great friend Richard - a serving officer - spoke a few words and there were many tears around the ring of people. Americans, [Aussies], Chinese, all. And then we got on and jumped.

I have been to dawn services, I have marched as a cadet with diggers, I have walked Kokoda twice, and one day I hope to go to Lone Pine. But in a strange way Anzac Day 2015 was really, really special.

They shall not grow old, as those that are left grow old.

My thanks to those - then and now - who serve.
Posted by Cullen Habel at 8:11 PM No comments:

Dirty play in politics is now an equal opportunity

I get a little tired of hearing abut how badly things are set up against women when I see people behaving against each other this way.

A male doing this to a woman would be pilloried and rightly so. This reinforces to me that when a woman chooses to play dirty then it's hard to know how dirty things will get..

Posted by Cullen Habel at 8:55 PM No comments:

I've found a new verbal behaviour that I dislike. Hooray for me. As my grandmother grew older she became more cranky about other people's new-fangled uses of language. I find myself walking the same track.

"Cheers Big Ears"
I became bemused at the recent trend towards people saying "Cheers" instead of "thankyou". Only over the last 10 or so years but instead of "thanks" or "good one" it's now "cheers". Fine, but it just reminds me of a bunch of English people sitting around a pub with a pint of Guinness in front of them - "cheers guvna". Just me. And a little petty I suppose.

"Wazzuuuuup!"
My latest pet peeve has been the habit of people to say "what's up" when you contact them. In those two words you are pretty much saying:

"I am a busy person; you have interrupted me but I will make time for you. So please tell me what you want so I can deal with it quickly and get back to my other important things".

Mostly when I take the time to contact people their life gets just a little better. I'm solving a problem for them, spending money on them, doing a job for them or something none to onerous. I'm not the taxman, I'm not the Grim Reaper and when I contact you it's generally not unpleasant. My lovely wife Sylvia might disagree on that one and in her case she may be right. But for all the rest of you outside the inner, inner circle there will always be something in it for you.

So forgive me if you say "hi Cullen what's up", and I reply with:

"no you sound busy call me when you have some time"

Posted by Cullen Habel at 1:27 PM No comments:

Liberals are a bad bet from here

Julia Gillard was a good operator made (mostly) ineffective by a mostly hostile senate. Turnbull is by far the worst PM I have seen, and his double dissolution and electoral reform will guarantee he has an entirely hostile senate. I care less about the party in power - more that they are able to get things done. I will never forgive Labor, but cannot see that I will be looking to put the Libs in next term.

I have always considered Malcolm Turnbull the very worst thing for Australia. And I appreciate a country where I feel like I can say these things without a fear of reprisal.
Posted by Cullen Habel at 8:04 AM No comments:

How to write a great research report 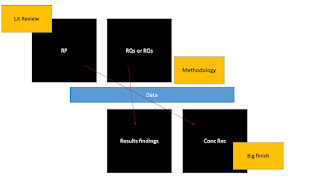 Posted by Cullen Habel at 3:33 PM No comments:

Toughen up Princess: Turn the Page

A while back Jon English died. I liked him. He did some good songs and he covered one of the "toughen up princess" songs I have used when it's time to get to work.

These songs have been:


That last one is about how you just have to put on a mask and play the part. Most time I can manage it. Late last year, the mask slipped and some classes of students saw the face behind. At the time that face was exhausted, exasperated and I felt unappreciated. The students weren't kind, and it's a fair cop. We all have shit to deal with - you deal with yours and I'll deal with my own. It'll take me a few years to rebuild some of the professional damage I did over that six months. Maybe never.

But most time I'm up to the task, I have always enjoyed the thrill of just getting the stuff done whether it's:


The world's a stage and it's my job to man up and make a success of what I said I'd do. And every day is a new type of challenge.

Reject fear: It's how they control you

I have written that true freedom only comes with a freedom from fear. That's not to pretend you're not scared - just that you should feel the fear and let him ride with you, like an uninvited friend on a road trip.

I came back to me when a very nice friend - an aspiring academic - posted the five nightmare scenarios that haunt academics. In my thoughts about rejecting fear, I came back to a Seinfeld episode where Elaine said that "One day something terrible is gonna happen to you", Jerry's response is perfect - "Nah, I'll be just fine" and carries on the conversation without a thought,

Reject fear - it's your freedom you're fighting for.

Posted by Cullen Habel at 8:43 AM No comments: