The only one awake inside The Matrix: "All I see are dead people"

There are two movies that have parallels to how I often feel. In "The Matrix" if you happen to be a human that has plugged in then you can deliver whatever carnage you like because man, these "people" you are doing damage to are just part of a computer program. 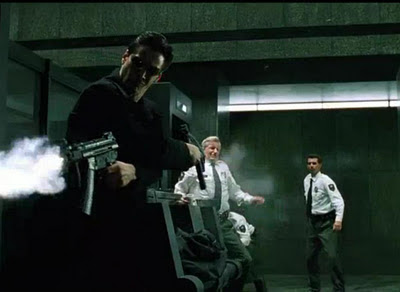 In "12 Monkeys" Cole keeps going back to a time before the world was destroyed by a rogue virus in an attempt to avert the disaster. Every time he creates, carnage nothing really matters - because the world will die soon, anyway. "All I see are dead people" 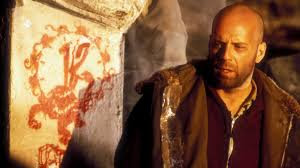 And so sometimes when I look around me in the domains that I operate I can't help but see people who are doing something that is ultimately worthless. And the urge is for me to be as rude as I like, because nothing really matters. 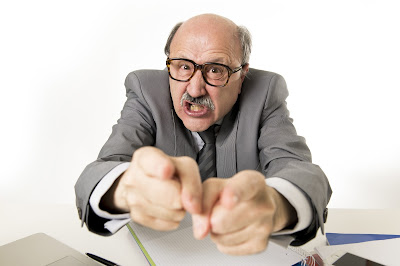 The piece of paper in their hand really. doesn't. matter. But I do need to survive in society and so often I keep my mouth shut. I sometimes treat these people as though their piece of paper really _is_ important.

It's a mystery why anyone ever wants to deal with me. But then I suppose there are people who are doing things that really do matter - and then I'm the one pestering them. Because I want to be associated with good things and productive people.
Posted by Cullen Habel at 4:27 PM